If you look for it, I’ve got a sneaky feeling you’ll find that Mathland actually is all around.

I have spent a fair amount of time thinking about a question Seymour Papert asks in the following video (and in many other ways in a various books and papers):

“How can we create a mathland? That’s really what it’s about.”

If you are unfamiliar with the concept, he mentions it in this excerpt from a longer interview contained in the this documentary DVD:

Papert uses the metaphor of Mathland in his book Mindstorms: Children, Computer and Powerful Ideas (1980) to challenge preconceived notions about children’s capability to learn as well as how they might learn mathematical ideas:

It is clear from Mindstorms, and from other works (e.g., page 64 in The Children’s Machine, 1994) that Papert sees the computer and programming languages, such as LOGO and Squeak, and concrete tools, such as the Turtle, as building materials for a Mathland. These materials and ideas continue to evolve. MIT’s Scratch is the current and practical realization of ideas that began with Piaget and Papert. I am well aware that Scratch is not LOGO. One could also say that LOGO is not Scratch… but that’s a topic for another post. Maybe we can all agree, however, that both are destinations in Mathland?

Mathland, actually, is all around

In my ongoing professional learning as a teacher, I have generally resigned myself to thinking that the best we can do, at this point in time, in terms of creating a Mathland is LOGO and Scratch. Like Papert, the computer has always fascinated me not only because of its versatility but also because of how computer programming can influence and shape thinking and learning. To me, Scratch is where it’s at when it comes to a thoughtful, carefully designed, extensively tested and deeply researched environment that is, I think, a village in Mathland (and a very popular one).

Scratch stats as of the date of this blog post.

Metaphorically speaking, I have recently ventured out of the Scratch village and have begun to look for other places in Mathland. Once I started to look, I discovered some. Maybe others have already found these places but they were not obvious to me until recently.

I wanted to briefly describe four examples of mathematic immersion that have been around for years and are nothing new. What is new is that I am more deliberately considering how they function as an immersive mathematical experience.

At the risk of repeating myself, I want to make it clear that the practice of finding “math in the real world” in classrooms is not only nothing new but it is also not what I am intending to talk about in this post. My intention is to reconceptualize mathematics  (using as my muse Papert’s Mathland concept) as a culture and language and to seek out truly immersive experiences for learners within that culture and language.

The connections between mathematics and music are extremely well known and often discussed (e.g., this, this, this and this). I think listening to and creating music become more powerful with metacognition: one could consider basic reflections about the connection between note durations and fractions or more sophisticated reflections such as the connection between sound frequency and harmony. I think long term immersion in music is akin to long term immersion in mathematics. I know people who have explored music far more deeply than I and the feedback from them is that understanding musical theory is key to understanding the music one is trying to interpret or to realizing the music one is trying to compose. A friend of mine recently explained this to me using the example of a fugue. He was the first to point out that J. S. Bach is sometimes referred to as a mathematical composer. What if music was formally considered another branch of mathematics? If that interests you, then you might enjoy reading this article.

Consider some popular geometric toys/games like LEGO, Minecraft, or the Rubik’s Cube; and what about Froebel’s Gifts? Again, there is nothing new about the connection between these toys and mathematics. What is new for me is considering these kinds of toys to be from Mathland and to have the potential for immersive mathematical experiences. It is not unusual to see children attain a sense of flow when playing with these toys; I’ve always considered flow and learning to be nearly synonymous. Now, I am thinking children who attain flow while playing with these toys have been transported, so to speak, to Mathland. I think that when children are using these toys to build, create, and explore, there are experiencing an immersive mathematical adventure.

It might a little less often that connections between mathematics and things like poetry and rap are discussed but I think they are clear. Consider the patterns, symmetry, meter, and structure inherent in these formats to express ideas. Unsurprisingly, there are domains of knowledge and study that focus on this (poetic prosody and linguistic prosody). Initially, I had only begin to consider meter in poetry and rap but then I discovered that prosody, in a bigger sense, refers to all rhythm, pitch, intonation, and syllable stress in language generally.

I would guess that many teachers use patterns and symmetries found nature to connect to mathematical ideas in patterning, algebra, geometry, and spatial sense. For example, I remember clearly exploring the Fibonacci sequence and the golden ratio with students by starting with examples of the golden ratio in nature. Additionally, fractal patterns are common patterns in plants, such as ferns. To me, these clearly underscore that the natural world can be understood in terms of predictable and quantifiable mathematical patterns. In a literal sense, Mathland is all around us. How do we create the conditions and environment so that students can explore, interact and learn from an immersive mathematical experience?

What am I missing?

There must be many more places in Mathland I have missed. What are some other destinations in Mathland where you or your students have visited? Please let me know in the comments! 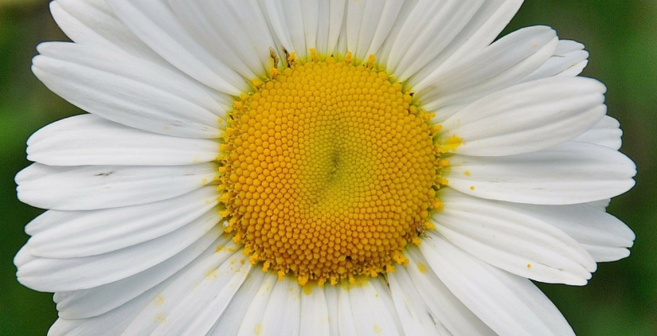